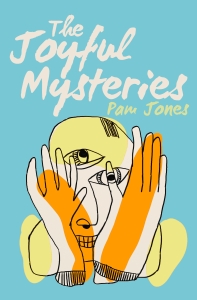 “Lyrical and ethereal and full of literary allusions, The Joyful Mysteries probes mental health and identity and the ways in which we make and remake ourselves.”—Tomas Moniz, author of Big Familia, a finalist for the PEN/Hemingway Debut Novel and the Lambda Award

ET leaves a state hospital without name or address, moved by a distinct notion, or idea, or feeling, or delusion, or revelation. Her latest comes to her in a dream, wherein she is told she is with child. With two fellow hospital discharges, she follows vague perceptions that appear to be from on high, leading her to a dilapidated flop-house, where her notion is made flesh. Enter Enda, a thirteen-year-old runaway who is destined to have an audience. He observes and remembers and makes stories of what he sees and learns in a comedic career that comes to posthumous fruition.